The conference will be held at the Leiden University Medical Center (LUMC) in Leiden, the Netherlands. The LUMC is located right next to Leiden Central station. For more information about how to get around in Leiden and how to get to the LUMC, please visit our transportation page

The full address of the LUMC is:

The City of Leiden

During our social and scientific activities, we will visit the city of Leiden.

The Netherlands is a relatively small country located in North-West Europe. It is a constitutional monarchy with a population of about 17 million.

The Netherlands (also known as Holland) has a unique progressive and liberal culture and is known for its windmills, dikes, polders, tulips, bicycles, cheese and wooden clogs. Remarkable about the Netherlands is its flat landscape; 50% of the surface area is less than one meter above sea level and a complex system of polders and dikes prevent it from constant threat of flooding.

The Netherlands is also known for its artists (such as Van Gogh, Rembrandt and Mondriaan) as well as for its scientists (such as van Leeuwenhoek, inventor of the microscope, and the physicist Lorentz), and philosophers (such as Spinoza). 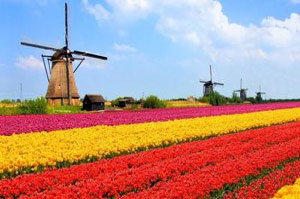 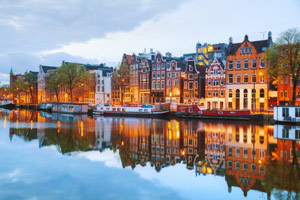